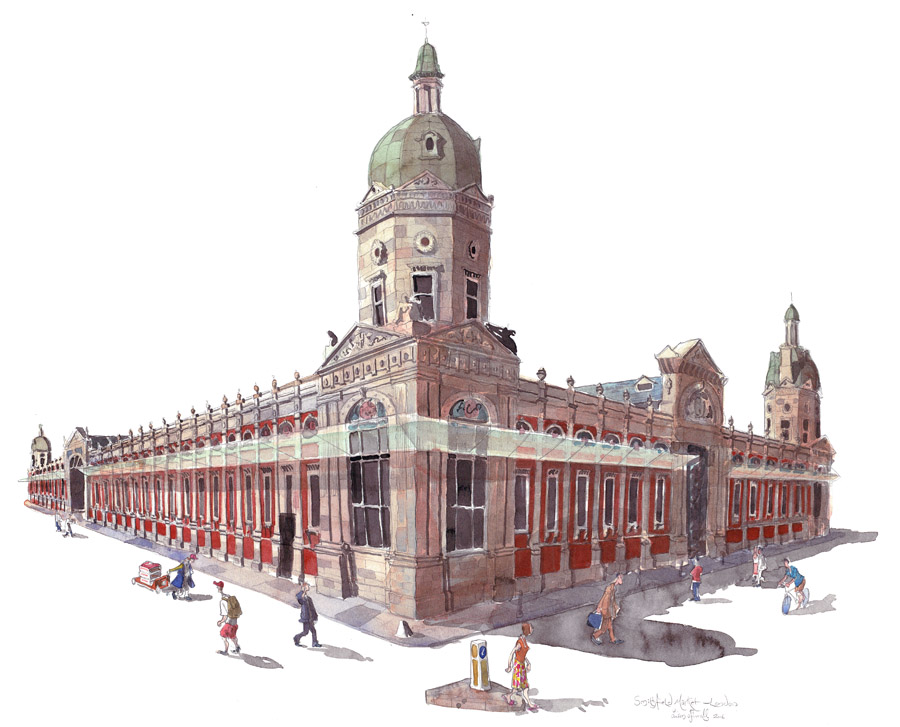 29 Nov No Comments
View basket “Limited edition print of Battersea Power Station” has been added to your basket.

A bit more about About Smithfield Market
Once on site Peter took us over the history of the market. A livestock market occupied the site as early as the 10th century. That said it has always a bit of a butchers yard as this was where London performed its most gruesome executions. Here in 1305 William Wallace was Hung, Drawn and Quartered after upsetting Edward I.

Thankfully public executions have long since come to an end, and the site we have here today was opened in 1868. It was designed by The City Architect, Sir Horace Jones. In true Victorian style he saw the new meat market as a cathedral of meat complete with its own grand avenue. No expense was spared over its ornamental cast iron, glass, stone and red brick features. Time has proven that from did follow function though the form is certainly impressive.