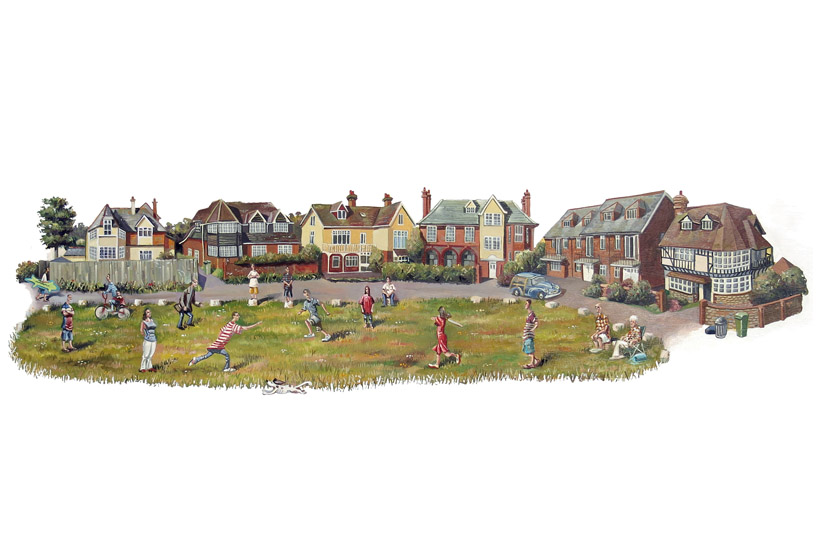 21 Mar No Comments
View basket “Limited edition print of Spitalfields market, London” has been added to your basket.

Buy this unframed: 44cm x 12cm (not including the white boarder paper) giclee print. See below for Additional Information.

A bit about  Dymchurch, Kent
Dymchurch is a very small place although it does seem to have everything the larger sea side towns have. Everything but on a much smaller scale. It has a miniature arcade, a diminutive fairground complete with wee little rides, a modest chip shop with the genius name of ‘The Codfather’. A mini ice cream parlour, A place that sells inflatable stuff, modest pubs, and even a box sized Tandoori.

Yes Dymchurch can list everything Blackpool has but just not as big, Dymchurch even has its own tower! Which I suppose is part of the charm the ‘Defenders of Dymchurch’ were so keen on. It’s a traditional family place, like in a Ladybird book.