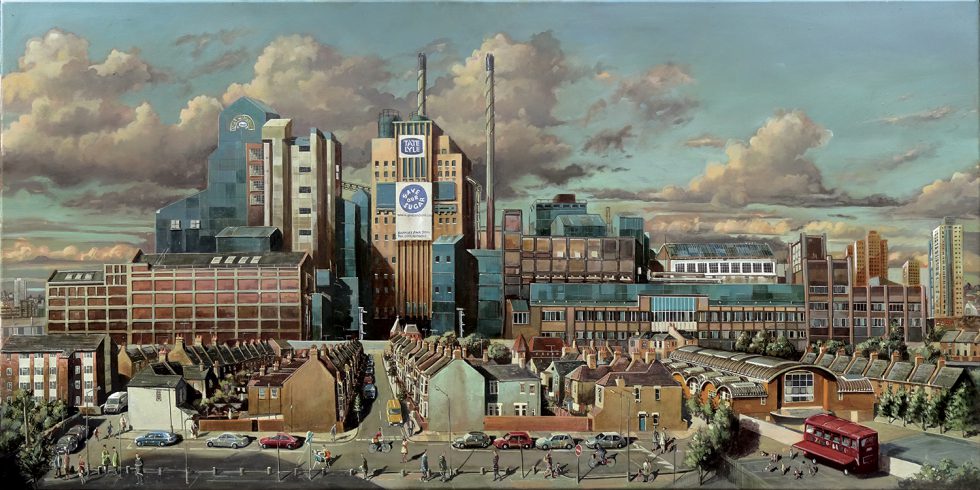 I was really pleased to hear that my painting of The Tate & Lyle Sugar refinery in East London will be exhibited at The New English Art Club annual exhibition at The Mall Galleries in June.

I have already painted this scene a few times in watercolour but this is the first time in oils. The painting is over a metre wide and posed a significant challenge, so it was a real bonus to be accepted for this exhibition, especially as there is only a 4% chance, or thereabouts, of acceptance.

About my painting of Cromer Pier

‘Our Annual Exhibition held at Mall Galleries is now firmly established as a fixture of the London Summer Season, exhibiting painting and drawing informed by the visual world and personal interpretation.

It is a showcase not only for our members but also for aspiring artists selected from an open submission. With a history going back more than a hundred years, it is an opportunity for work to be seen alongside some of the best artists painting today. It also features several major prizes.’

A bit about The Tate & Lyle Sugar Refinery

The painting shows the Thames Refinery in Silvertown established in 1878 by the famous Victorian sugar merchant and philanthropist, Sir Henry Tate. He’s most noted for bringing the sugar cube to the UK and establishing the Tate Gallery. 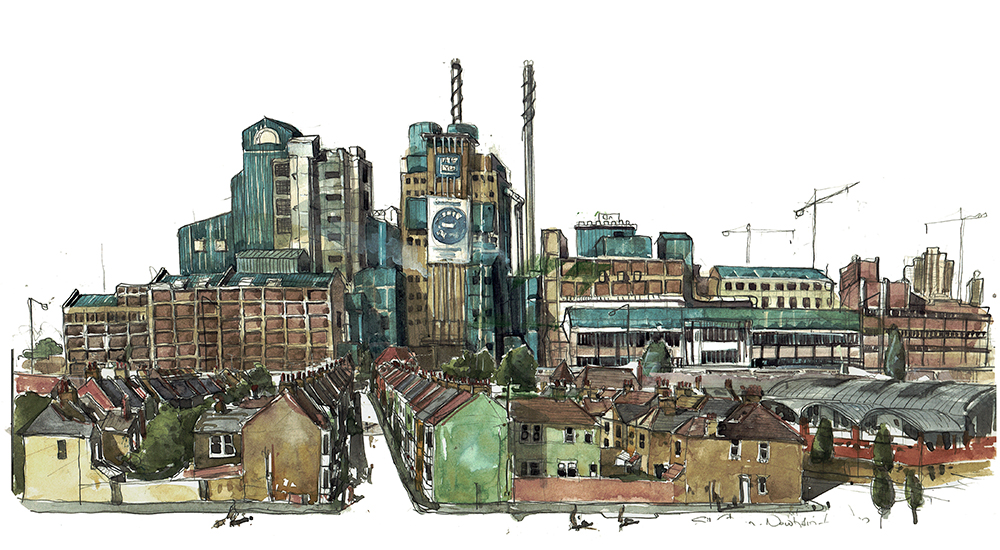 The Thames Refinery was his original site and has been in continuous operation for over 140 years – producing sugars, syrups and sweeteners to satisfy Great Britain’s sweet tooth. Raw cane sugar is still brought by ships up the Thames to the refinery’s jetty from countries as far afield as Fiji, Belize and Mozambique. At peak operating capacity, the refinery can turn this raw sugar into the equivalent of over 1 billion, 1kg bags of white sugar a year to supply 50% of the UK’s sugar market.

In 1921, Henry Tate’s grandchildren along with Abram Lyle’s grandchildren decided to merge their companies. Abram Lyle was another famous Silvertown sugar merchant with a similar site a mile west, where the iconic Lyle’s Golden Syrup was invented. The merger gave the company the famous Tate and Lyle name seen on the factory (and millions of packets of sugar) today.

It is one of the last true industrial landscapes in London with many of the buildings dating from the 19th Century. The building dominates much of the skyline in Silvertown. The area was once the centre of East London’s once thriving docks but is experiencing rapid redevelopment. At its peak in the 1950s and 60s the company employed over 5000 people, many of whom would have lived in terraced houses in the local area similar to those in the painting. The community in Silvertown remains tight-knit, with many ex-employees still living in houses near the factory. Workers old and new are fiercely proud of the shared history between Silvertown and the company.